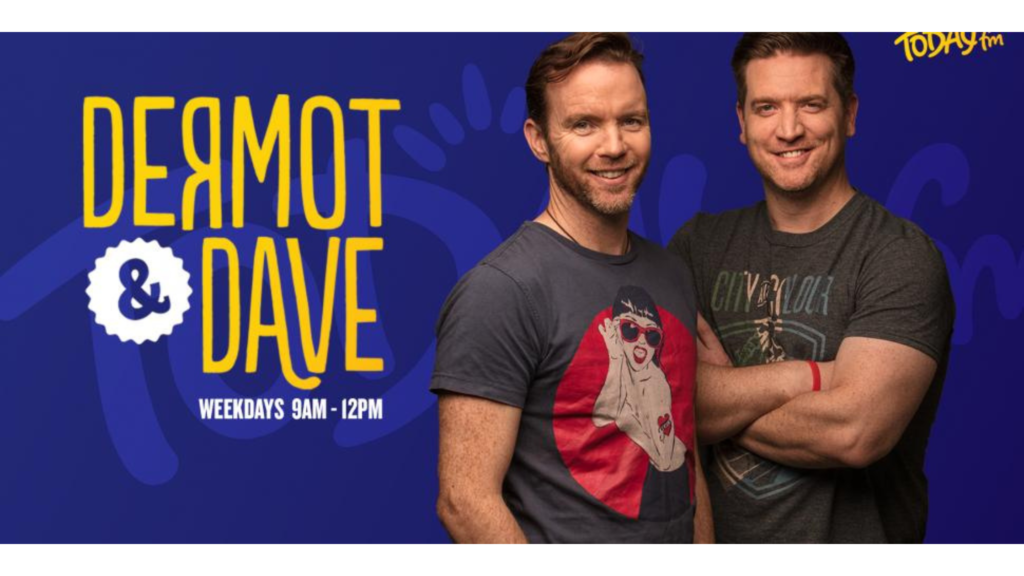 How To Deal With 'Food Fear' At Christmas

Listen To The Podcast Here

This is a time of the year where we are all socializing and often indulging ourselves but what if that’s something you struggle with?

I had the pleasure to be once again at Today FM with Dermont and Dave to talk about disorder eating and how to deal with the “food fear” during Christmas time, and explain why some people might be feeling anxious around the dinner table.

Here is my interview with dermont and dave

Emma, you sent us a little sample of what kind of questions you’re getting at the moment and I’d love to read it out if you don’t mind.

Just to kick us off because I think it kind of explains it really well in terms of giving us a little insight into what’s happening in some people’s heads. So the message says:

“Hey, Emma, my biggest thing at the moment is that I don’t want to go to any of the parties. I want to say no to them all because I feel so overwhelmed about all the plans, the food etc. I would rather hide away from it all but I also know that avoiding things isn’t always good too. If it were up to me, I would avoid them all and stay at home but I have to push myself and not let the inner critic when I think it would be more nourishing emotionally to see my friends despite the stress and anxiety it causes and it will be more punishing to isolate myself from the events because of fear and anxiety.”

That is a great example in terms of the kind of struggle that people have at this time of the year and maybe you know the rest of us just aren’t aware of it.

Absolutely Dermot and that is the thing they probably struggle with disordered eating and they’ve been in a cycle of yo yo dieting and mostly eating binge eating. Any event that involves food and even socializing is incredibly stressful for someone struggling with eating disorder. And specially during Christmas, that of course one is on multiple events, there’s the old friends catch up with family dues, and you’re bringing together a perfect storm because you’re managing the food piece of us, it’s managing the interactions with people because there are certain personality traits that go with disordered eating and many of those dealing with an eating disorder struggle also with perfectionism and are “all or nothing” kind of thinker.

So that’s the message that I got from that person who was on my challenge last week. She talked about that idea, that she just didn’t want to go to any of the events. There was no room in there for her to kind of say, ‘well, could I actually maybe choose the couple of events that I would like to go to with the people that I feel safe and comfortable with?’ or ‘Can I say no to the events that I don’t want to go to?’

What they tend to forget is that other people find it very easy to stand up and say ‘No, sorry. I’ve got other plans.’ or ‘I’ve got something on that night. I can’t go’

You and I could say that very easily and it wouldn’t cost us apart. But for someone struggling with eating disorder, they would agonize over that.

What we actually did with that client, was helping her to choose which two events would she most like to go to which two events would she least like to go to. At the end she went to two events that she wanted to go, and she texted the other people and said I’m sorry, I’ve got something outside of the classroom.
After doing that, she was shocked when like nothing happened. But it was very difficult for her to actually work through that herself, because her pattern is to say yes to everything people pleasing, keeping everybody else happy. And that’s a very important feature that people don’t realize that goes with emotional eating and binge eating.

What is emotional eating

For whatever reason, maybe they didn’t get the support that they needed from the people around them at the time. They learned how to regulate their emotions through food.

If you think about stress, we all know that when we feel stressed we get followed for cortisol which is the stress hormone. And actually if we eat high sugar, high fat, high fat foods, they release dopamine in the brain. Which calms us down, it counteracts the cortisol.

So what the binge eater is looking for, is the quick fix that will help them in some way releasing or reducing the stress that they’re feeling in their body, because they didn’t learn how to regulate their emotions properly back in the day, for whatever reason. Maybe the parent wasn’t available to them or it was something going on in the family, which meant that mum and dad were busier kind of looking after something else.

The binge eater personality type is a high achieving perfectionistic that thinks “I’ll keep it all to myself. I made myself and I won’t bother anybody else with my conversion.” And even as children they can internalize that message of “I just need to kind of look after myself and not upset or bother mom or dad”. Filled with all those thoughts, they turner to regulate themselves, physically to reduce that cortisol level in their body 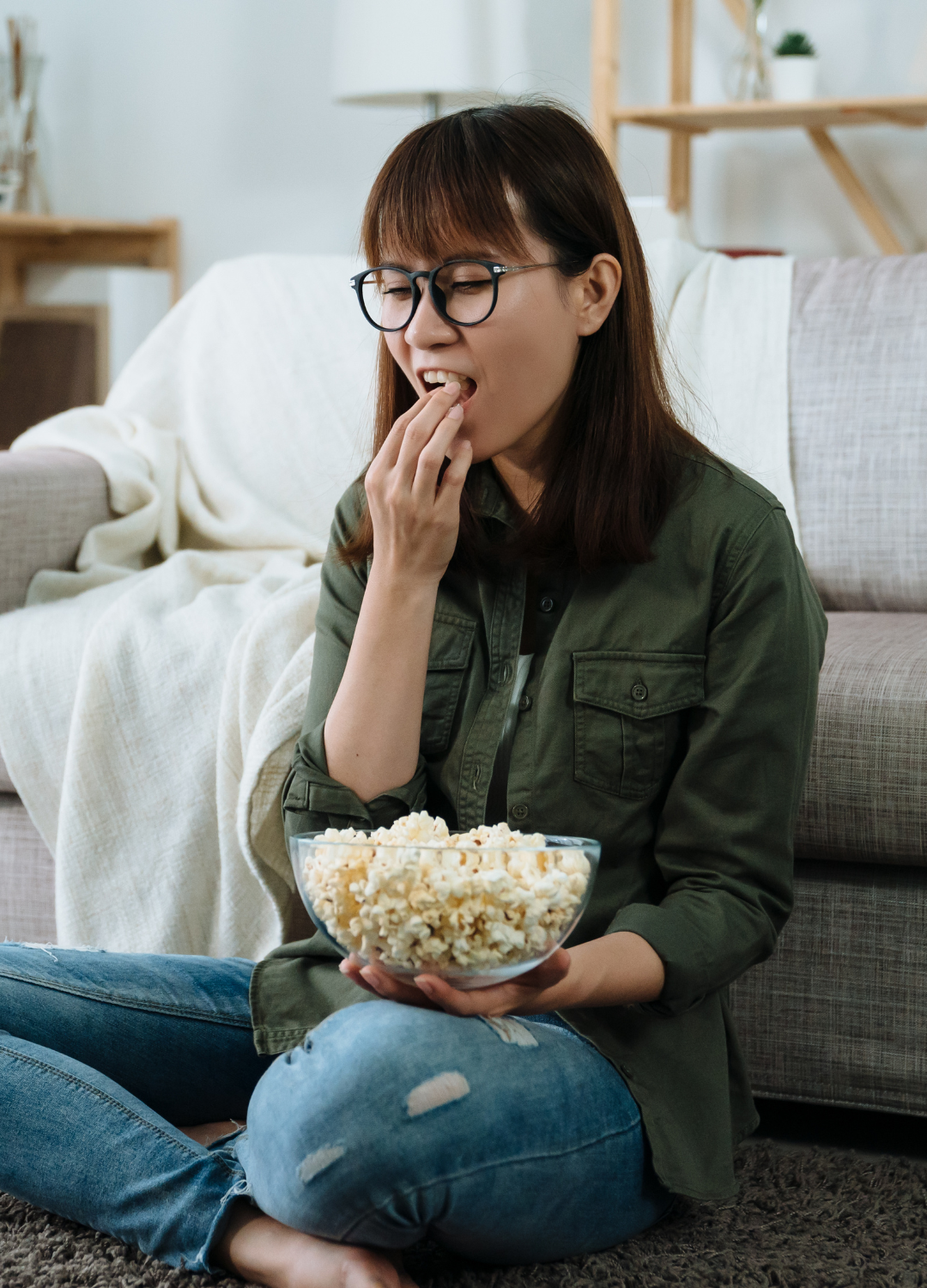 what happens when you go to big events like christmas?

If they’re putting on weight as a result of their eating, then they tend to be constantly dieting and trying to lose weight. Then a big event is coming and they’re thinking; ‘well, I won’t eat all day because I’m going to this event tonight. and there’s going to be food’. The problem here is that they’re going to the event starving and that will trigger hunger, a normal trigger for for overeating and binge eating.

I recommend if you’re going out for an event that night, eat normally during the day, have your breakfast, lunch and have a snack at four o’clock. Make sure you’re not always starving at events, that way you’re going to be able to make better choices around what you can choose to eat or not eat depending on how hungry or full you are at the time. If you go in starving, you’re setting yourself up for that failure.

That’s one thing that they can do.
The second thing is the fear of judgment. Like ‘Oh, Mary hasn’t seen me all year haven’t seen her come off press but I’ve put on weight’. There’s a lot of fear around judgments, and around people looking at them eating, watching what they’re eating,

Here is what I recommend you do before attending an event:

Listen To The Podcast Here

Give yourself the gift of FREEDOM around food
in 2023!